Blackjack fun casino game is available to hire as a stand alone table or part of a fun casino hire package. Very simple card game, everyone can play this game

What is available at Fun Casino for hire?

Blackjack is one of Fun Casino For Hire’s most popular games! Most people commonly associate this game with pontoon or 21’s and that is the aim of the game. Each player has to get as near as they can to 21 without going bust (exceeding 21) The croupier loses by exceeding 21 or having a lesser hand than the players. A very simple and fun game suitable for all functions including Weddings, Corporate Functions and Charity Fundraisers to name a few!

HOW MANY GUESTS CAN PLAY?

To begin, each player at the blackjack table has a circle or box to place bets in.  Each player decides how much to bet on a hand before the croupier deals the cards

Each hand will result in one of the following events for the player:

Lose – the player’s bet is taken by the croupier

Push – the hand is a draw. The player keeps his bet, neither winning nor losing money.

Although many players may play in a single round of blackjack, it’s fundamentally a two-player game. In blackjack, players don’t play against each other; and they don’t co-operate. The only competition is the croupier. The aim of the game is to accumulate a higher point total than the croupier, without going over 21. Your total is reached by adding up all of your cards

At the start of a blackjack game, the players and the dealer receive two cards each. The players’ cards are normally dealt face up, while the croupier has one card dealt until the end when the croupier deals their own hand in competition with the players

The best possible blackjack hand is an opening deal of an ace with any ten-point card. This is called a “blackjack”, or a natural 21, and the player holding this automatically wins unless the dealer also has a blackjack. If a player and the dealer each have a blackjack, the result is a push for that player. If the dealer has a blackjack, all players not holding a blackjack lose.

After the cards have been dealt, the game goes on with each player taking action – in clockwise order starting to dealer’s left. The the player can keep his hand as it is (stand) or take more cards from the deck (hit), one at a time, until either the player judges that the hand is strong enough to go up against the dealer’s hand and stands, or until it goes over 21, in which case the player immediately loses (busts).

When all players have finished their actions, either decided to stand or busted, the croupier takes cards. If the Croupier has a natural 21 (blackjack) with his two cards, he won’t take any more cards. All players lose, except players who also have a blackjack, in which case it is a push – the bet is returned to the player.

Players with a blackjack win a bet plus a bonus amount, which is normally equal to half their original wager. A blackjack hand beats any other hand, also those with a total value of 21 but with more cards 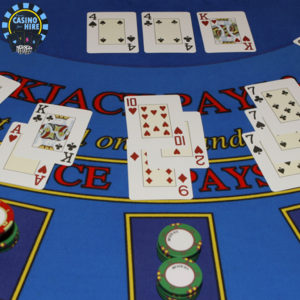 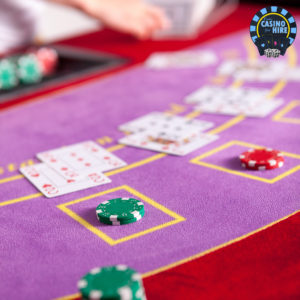 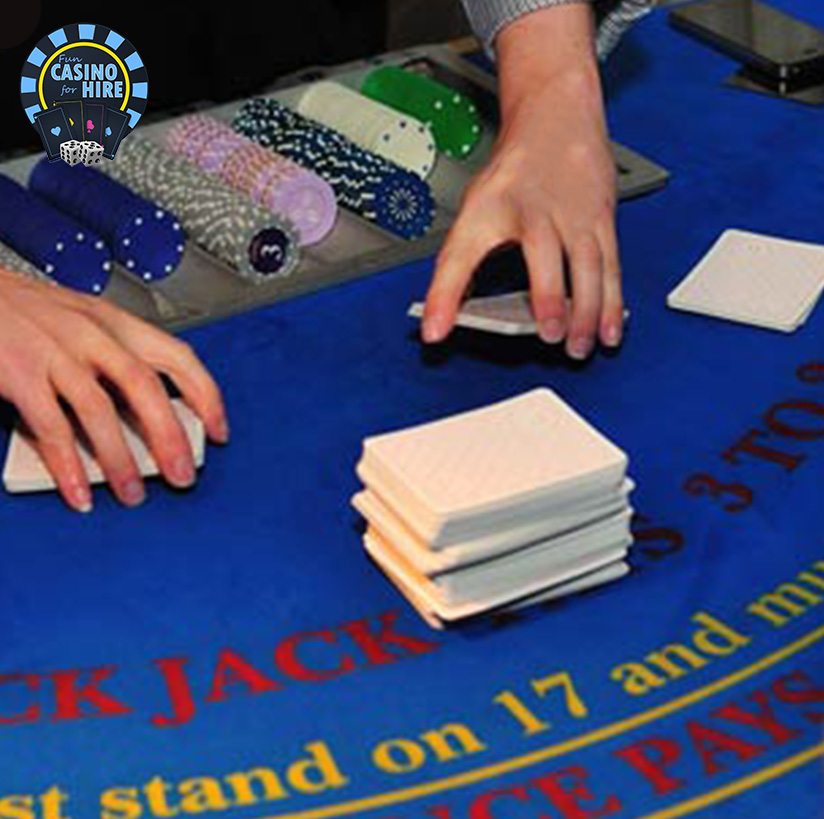